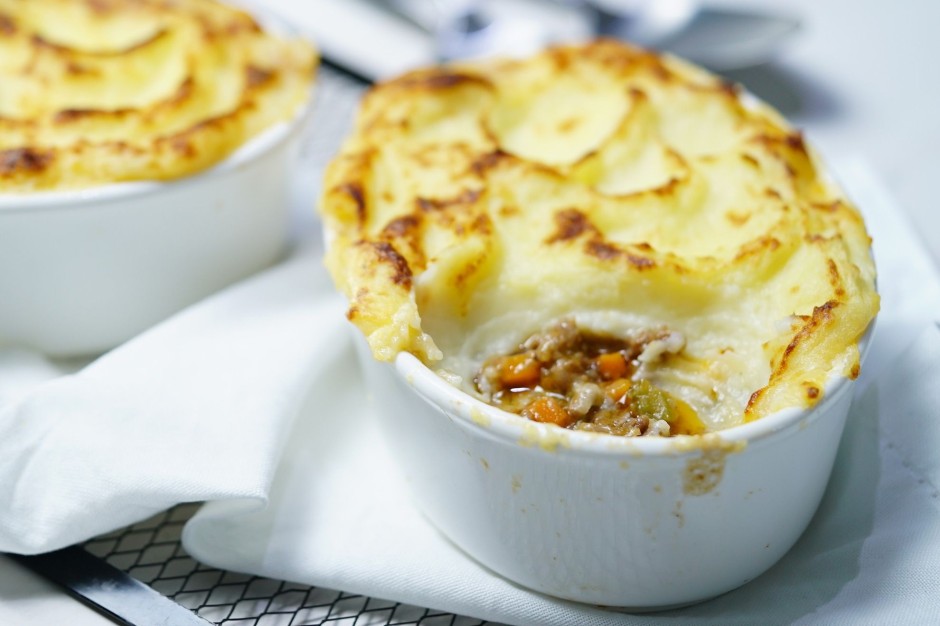 All right, so a girl can dream. I don’t have the ingredients in the fridge for this dish today but if I were to go home right now, kick off my work shoes and have a little time to myself without the kids, I would make this…

Something about the comfort of the ground beef browned up with a classic veggie combo of carrots, celery and onion, and the twice-baked-potato taste of the creamy mashed potatoes spread on on top of the beef mixture inside a pie dish just makes my mouth water! Especially on a “June Gloom” day like this. It’s June but it feels like winter here next to the Pacific Ocean in California. Comfort food is good on days like this. And once I get a hankering going on in my head I can’t stop obsessing over it. So, I’m using this blog as my vicarious, mental kitchen.

Bring a pot of salted water to boil. Toss in the potatoes and boil until tender. In the meantime, start browning hamburger and drain off excess water/oil. Season with salt and pepper. Add carrots and cook a couple of minutes. Add celery and onion and season again lightly with salt and pepper. When veggies are soft, add hamburger mixture to a glass pie dish that is sprayed lightly with oil spray. Drain cooked potatoes. Add milk and butter. Mash with a hand blender for smooth consistency and add enough salt to taste and white pepper, if you have it. Black pepper is fine too. When potatoes are creamy spread them over the hamburger mixture with a plastic spatula. Sprinkle cheddar cheese all over the top. Bake at 375 degrees for 20 minutes. Let cool ten minutes. Slice into pie-like slices and serve. Kids might like it in a bowl with a spoon. Serve with a light salad on the side.

Oh, I’m telling you what! I could eat this for days. Luckily, today, I’m only dreaming and saving myself the calories. Instead tonight, I think I’m going the easy route: A little quality time with my husband and the kiddos, some spaghetti, canned sauce and steamed zucchini from the garden. Good times! 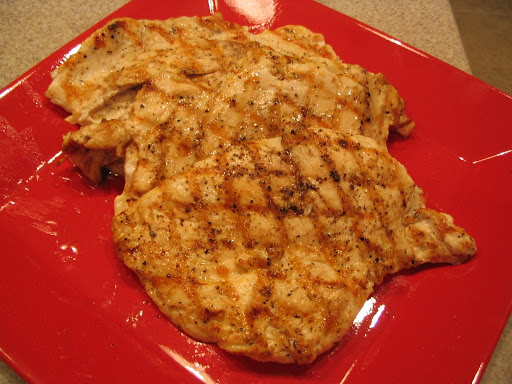 I’m ready to wrap up my workday and my mind is already on to the “second shift”–at least that’s what it was called in all those multiple women’s studies classes I took in college. Actually, I thought that term was so far fetched but now, the second shift is part of the everyday routine

Ok, and where does my mind wonder off to after thinking about picking up both kids at their respective preschool and daycare providers? Dinner! What’s for dinner? What could I make that’s not too much work, that is healthy, that my husband would find scrumptious, that wasn’t too slimy for my 4-year-old son and would be interesting to my almost 2-year-old little girl? And what will be the meal that is the cherry on top of my day–’cause for me, good food equals zen. Tall order!

And this doesn’t factor in that I have about a half an hour alone with Zachary and Sophie before Nicholas, my husband gets home. The same amount of time I have to get dinner on the table at a reasonable time.
“Outta the trash, Sophie.” “Nope, no candy today, Zachary.” “Only a few Goldfish for now. Save your appetite for dinner.” “No, Sophie we can’t go outside now. Mommy’s gotta cut up some veggies.” You get the point.
I wish my husband worked closer to home so that we could share parenting duties right after work on the weekdays. But for now, that isn’t the case.
So tonight, I have a go-to recipe that is quick, pretty low-cal, is pretty yummy to everyone and gets a laugh from the kids when I prepare it. I guess for the purpose of this blog I’m going to have to come up with names for these dishes that I have been practicing at for at least the six years that I’ve been married. This one is called: Chicken Scallopini served with white rice and steamed dill zucchini.
Ingredients:
2 big chicken breasts
1 cup of white rice
2 green zucchinis
Chicken broth
Dried dill
Seasoned salt and pepper
Preheat oven to 450 degrees
Use tongs to transfer chicken into a gallon-sized zipper bag and seal shut. (Here’s the funny part for the kids.) Use the flat side of a meat pounder to pound chicken to about 1/4″ thickness while making funny faces at the kids and saying: “It’s ok, mommy is definitely not mad or going crazy, she’s just making flat chicken tonight. Bock, bock, bock! (flap your arms multiple times then continue pounding, while secretly releasing the aggression you might have toward your boss or cube neighbor).
Next, transfer the chicken using tongs to a foil-lined baking sheet and spray both sides with Pam. Season both sides with seasoned salt, pepper and lightly with garlic powder. Place on the middle rack of the oven. Cook about 12-15 minutes, turning once if the top isn’t browning.
Now prepare your rice according to the package’s directions (2 cups of liquid to 1 cup of rice), using chicken broth in place of water. Use a pot with a steamer on top, which will be used for the zucchini when the rice is cooking. Cut the zucchini in half length-wise and then again. Then cut small pieces and place into the steamer after rice has come to a boil in the chicken broth, turn down the heat to low, and cover with a lid. Cook 20 minutes.
By the time the chicken is out of the oven and cooling, the rice and zucchini will be ready. Cut up half of one chicken in tiny pieces for the kids, and plate the other half for yourself. Dad gets the other piece of chicken. Mix a little margarine or butter into the veggies and salt and pepper and sprinkle with dried dill. Serve those on the side with the rice and voila! Dinner is served. Deep sigh of satisfaction.